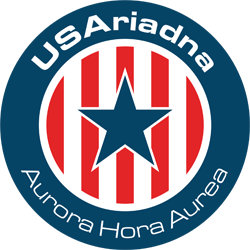 So I have pre-ordered the USAriadna starter army box set (USAriadna) and that gives me the perfect excuse to start a little project that has been rattling around my brain for a while: A none-urban table for Infinity. Too often I find that the Multi-Terrain skill goes unused so this project aims to change this and as a bonus I will have a nice table to show off the contents of the Army box.

The plan is to built a forest table for using the terrain in the USAariadna Army box as the core. The only “urban” elements on the table will be those in the starter box and may be a few other pieces.  The table will use as little of my existing terrain as possible and I aim to have it finished by the time I have the army box.

The mental image I have of the woods of Ariadna is something like the Seqouia National Park or the old oak forests in Germany and eastern Europa. So basically Endor with Antipodes instead Ewoks. To get some more LOS blocking terrain I will used hills and rocks.

What I already got.

There are some pieces of terrain I got that will be reused in this project. Some rocks from Ziterdes and a few other bit I made over the years. Some will probably receive a touch up .

Comments and ideas are welcome.